This body of work investigates ‘folding’ as a method and as a concept. It engages with question of technique that involves ‘repetition or automatism’ as opposed to heroic painterly gesture. This method was first introduced in the 1960s by Simon Hantaï, a French artist associated with Supports/Surfaces group. It is considered as ‘the undoing of visibility’ where the result can only be seen at the end of the painting process when the canvas is unfolded, revealing pattern of colour and negative space.
​
In my approach using paper, the process has been slightly altered to incorporate ancient Asian tie-dye method. The fold acts like a resist similar to tie-dye method where an area is tied up, twisted, crumpled or folded to prevent the applied dye from colouring the fabric.
Drawing from Deleuze and Guattari’s The Fold: Leibniz and the Baroque (1988), I am also interested in 'folding' as a concept and metaphor. Folding allows multiple new surfaces to emerge in compressed space and time which challenges the limitation of binary structures and categories. It creates new kinds of subjectivity and shows that the inside is nothing more than a fold of the outside once revealed. Metaphorically, to ‘fold’ is to diminish, to reduce, to have a time out from the hectic world; whereas to 'unfold' is to increase, to expand and grow. The fold is without beginning or end; it enables one to begin again. 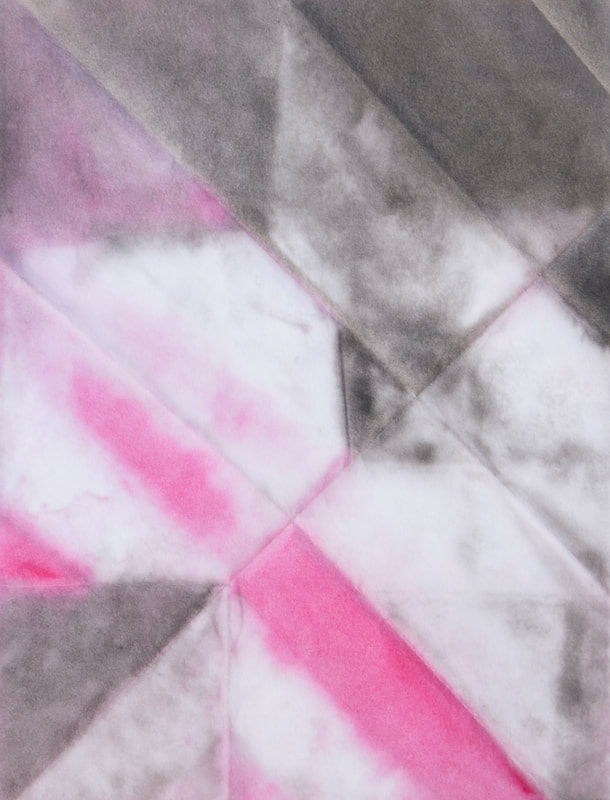 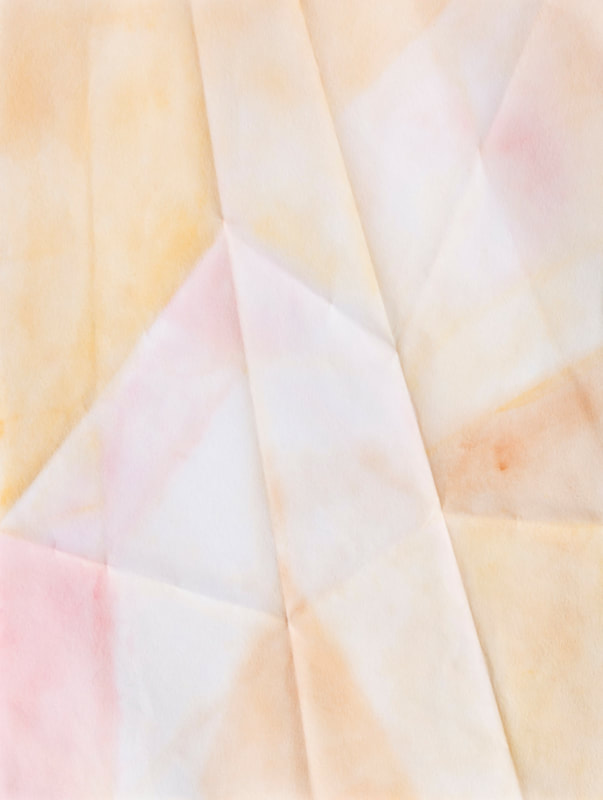 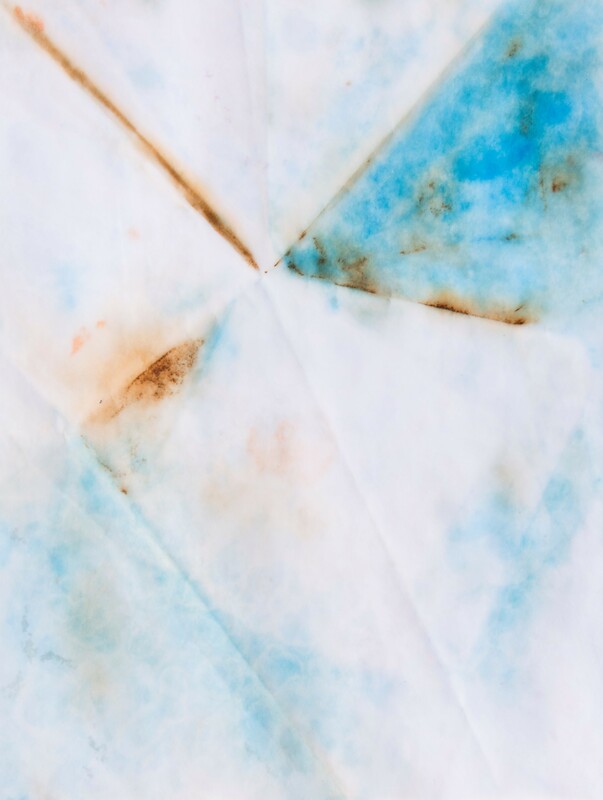 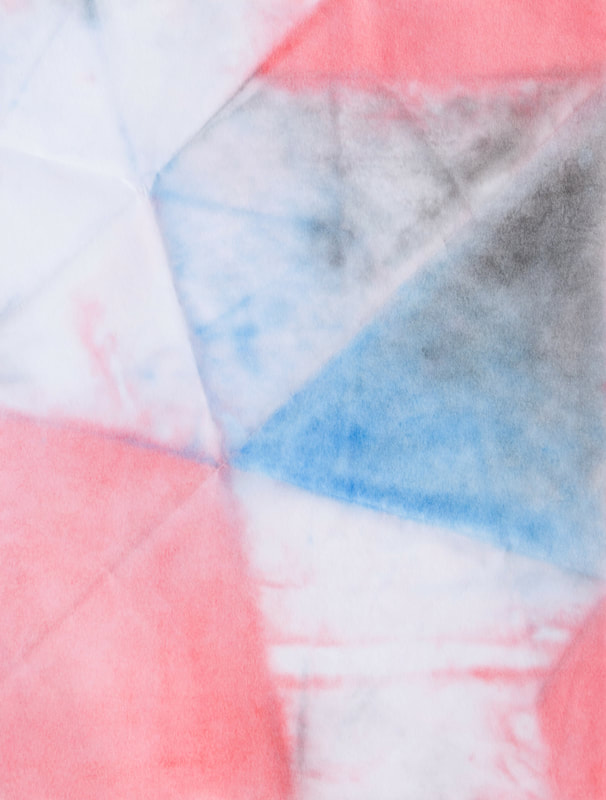 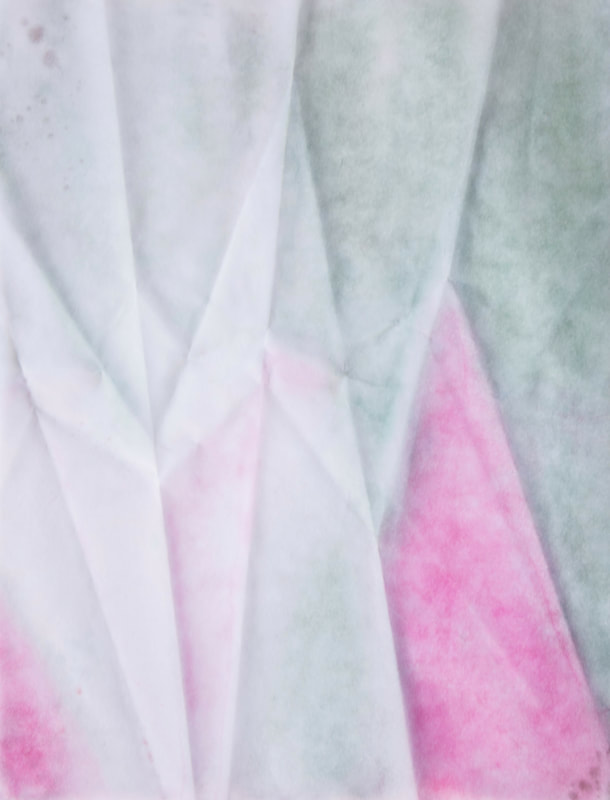 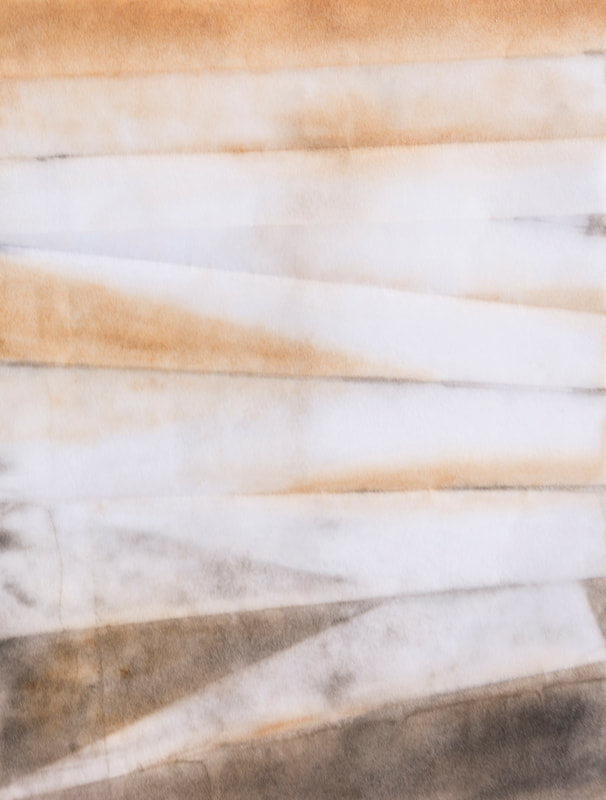